The first ever Hong Kong ePrix will electrify thecity streets on October 9, 2016. The Hong Kong ePrix circuit is approximately a 2 km track located in the Hong Kong Central Harbourfront area. The 10-turn circuit uses the existing roads with drivers racing past instantly recognizable landmarks, such as the Central Star Ferry Pier and City Hall, with the Victoria Harbour on one side and the Central and Mid-Levels skyline on the other.

As is the nature of street circuits, the Hong Kong ePrix circuit will be a demanding race track to test drivers’ speed, talent and racing mettle. Two tight hairpins turns-one at Lung Wo Road and a seoncd at the Stat Ferry Pier – feature alongside a 555-metre main straight, a key opportunity for over taking. 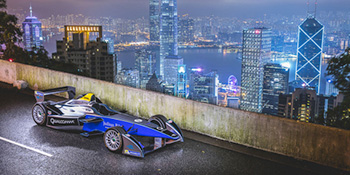 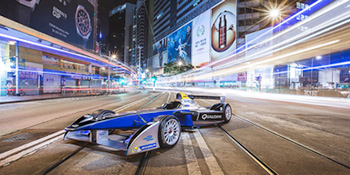 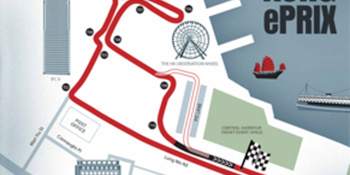